So You Wanna Work in Movies 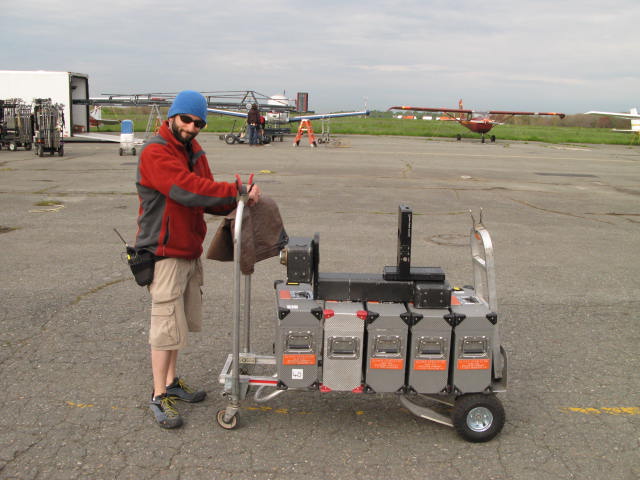 At the "bottom of the ladder" here is the very important Film Loader bringing the Magazines to set. Each one has
1000' or 400' of film which he brings "fresh" to the set and then takes away and "downloads" once it is shot. Not a good
idea to get in a muddle about which one is which! With Digital, this job still exists but is much more technical and
involves a lot more paperwork.. 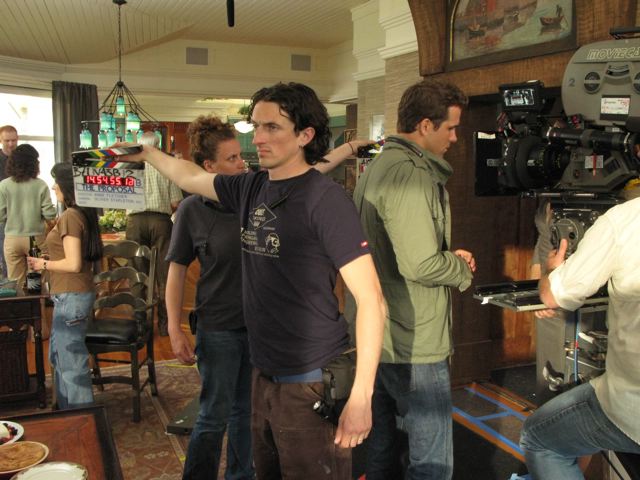 Next up is the 2nd assistant (who may not exist on a smaller crew). He or she acts as a co-ordinator between the focus
puller and the loader: making sure that everything is where it needs to be. They also put in the clapper board, as seen here. 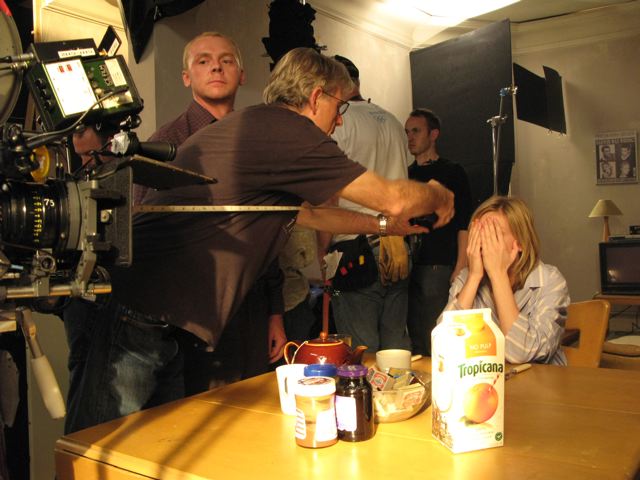 Then there is the Focus Puller (called the 1st Assistant in the USA). This is a job that requires huge concentration and an
uncanny ability to estimate distance whilst all around you explosions, screaming, fake sex etc is happening. Personally
I can't understand how anyone can do it. A good focus puller is someone you are hardly aware of (like a good Stills Man):
but they exert a quiet and steady authority that will stop a shoot in it's tracks if it is getting out of hand. Below John Jordan
is checking out the measurement he has made (above) on the lens scale. 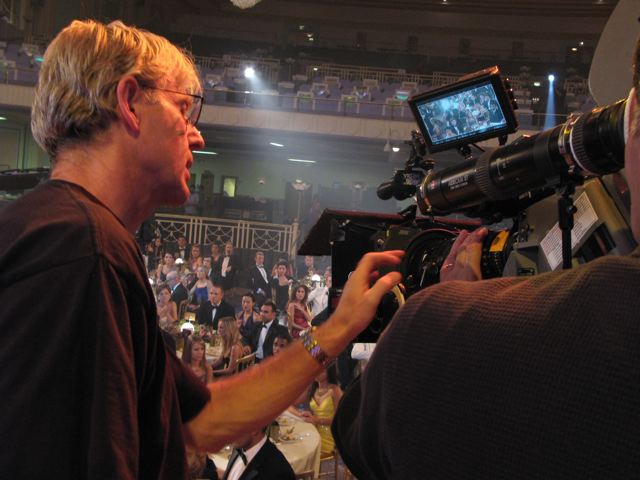 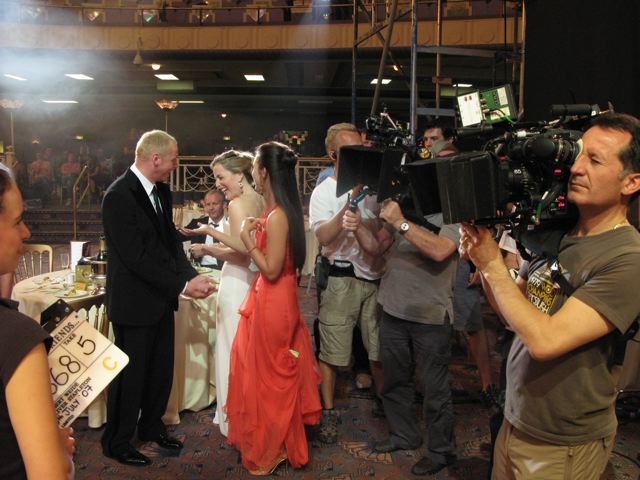 Pete Cavaciuti lines up a hand-held shot. He is that rare person: a combined steadicam/"A" camera operator who
can do either job. This is a very valuable skill and a rare one, so it is well rewarded. 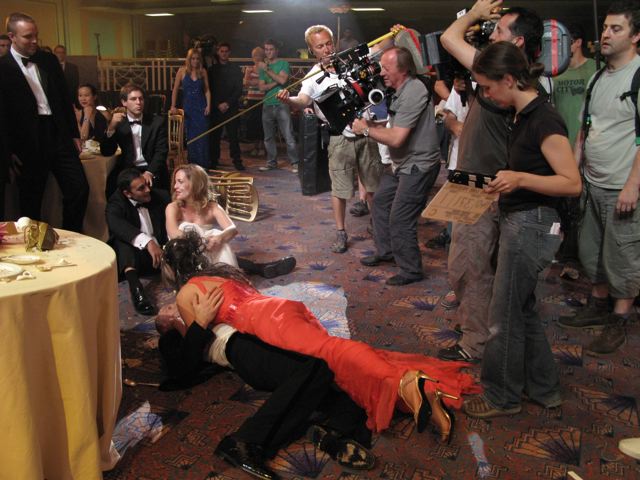 In this same scene, Peter Versey, also on a hand held camera, lines up his shot whilst the Focus Puller (Ralph Ramsden)
takes a last measurement. 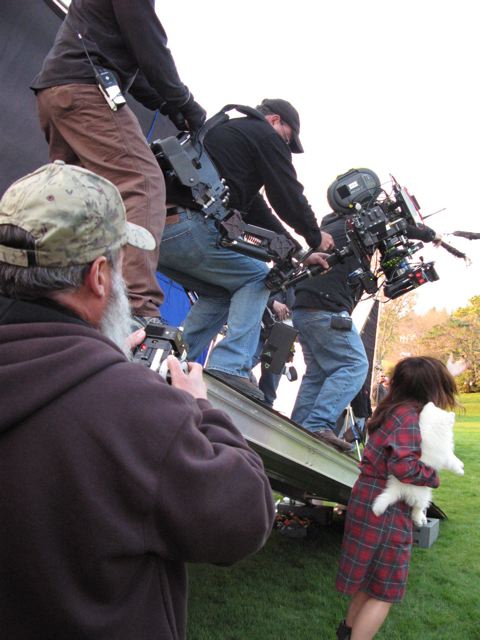 Here Jim McConkey - one the great US Steadicam Operators - makes a "crouching on a slope" shot look easy... don't try this at home!
Focus puller (Chris Silano) is in foreground with a wireless remote focus: good luck to him! Same team working on an interior (below). 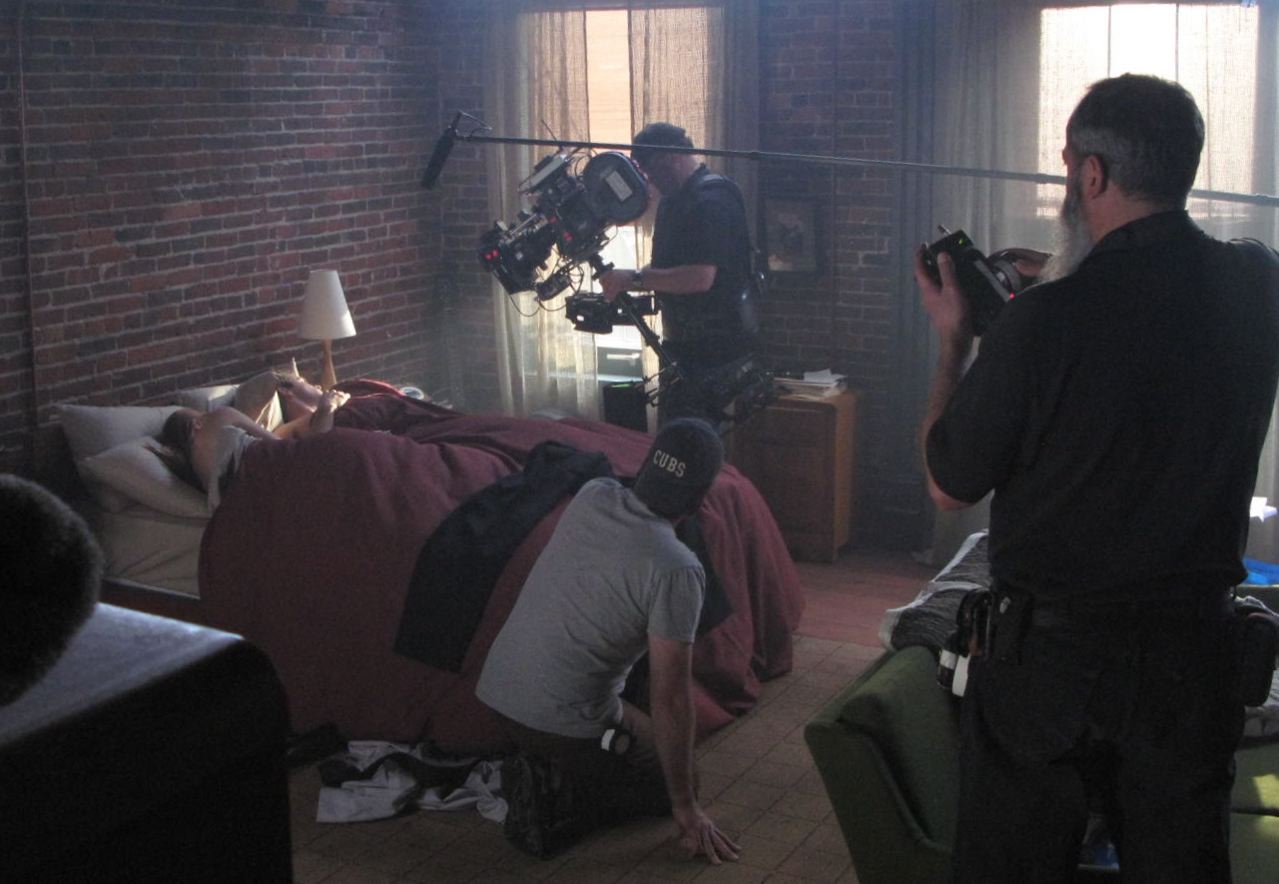 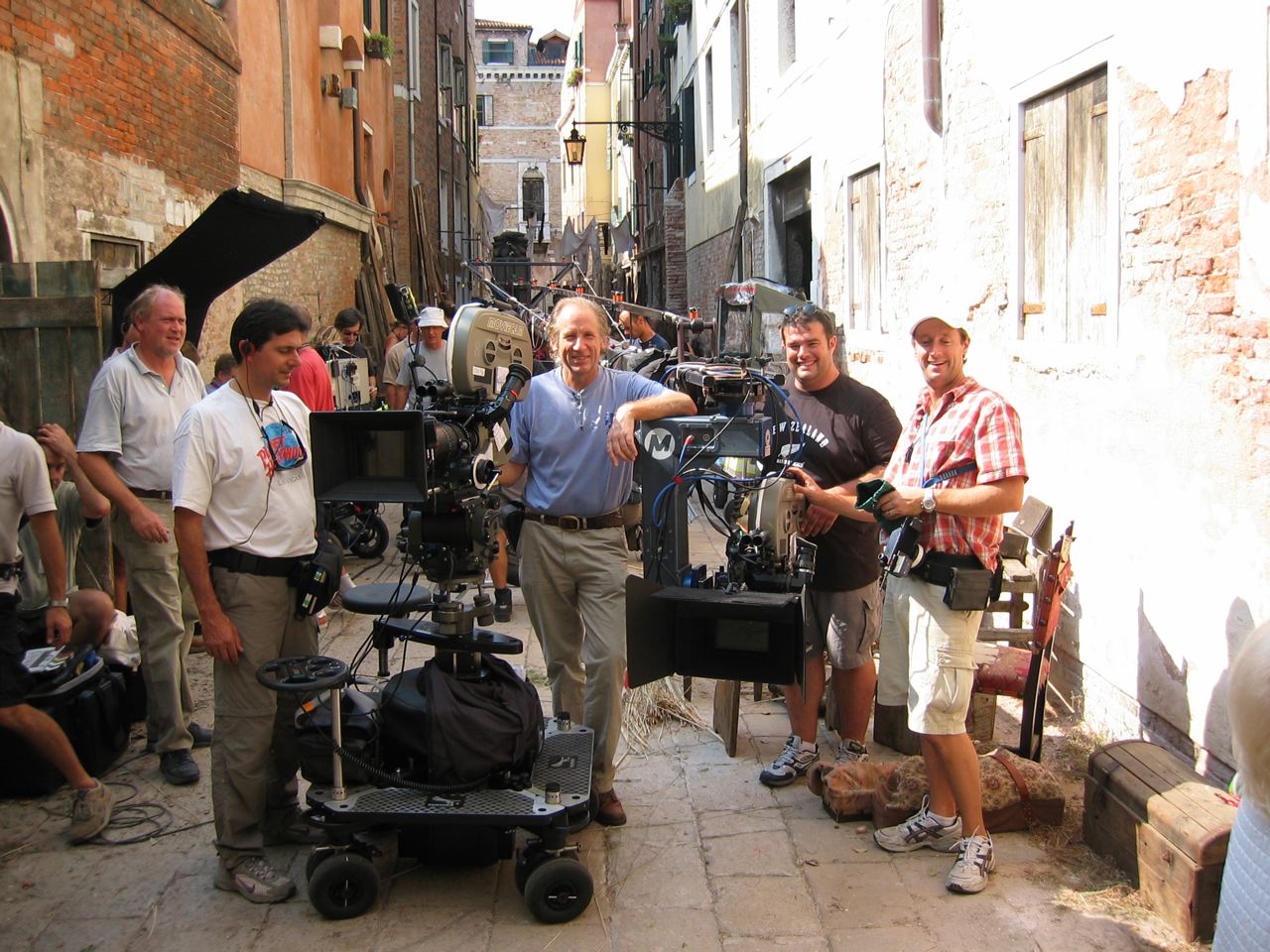 "A" & "B" cameras (Moviecam Compact Mk II's) lined up in Venice. Note the remote head on the crane: "ride-on" cranes are becoming a rarity now. 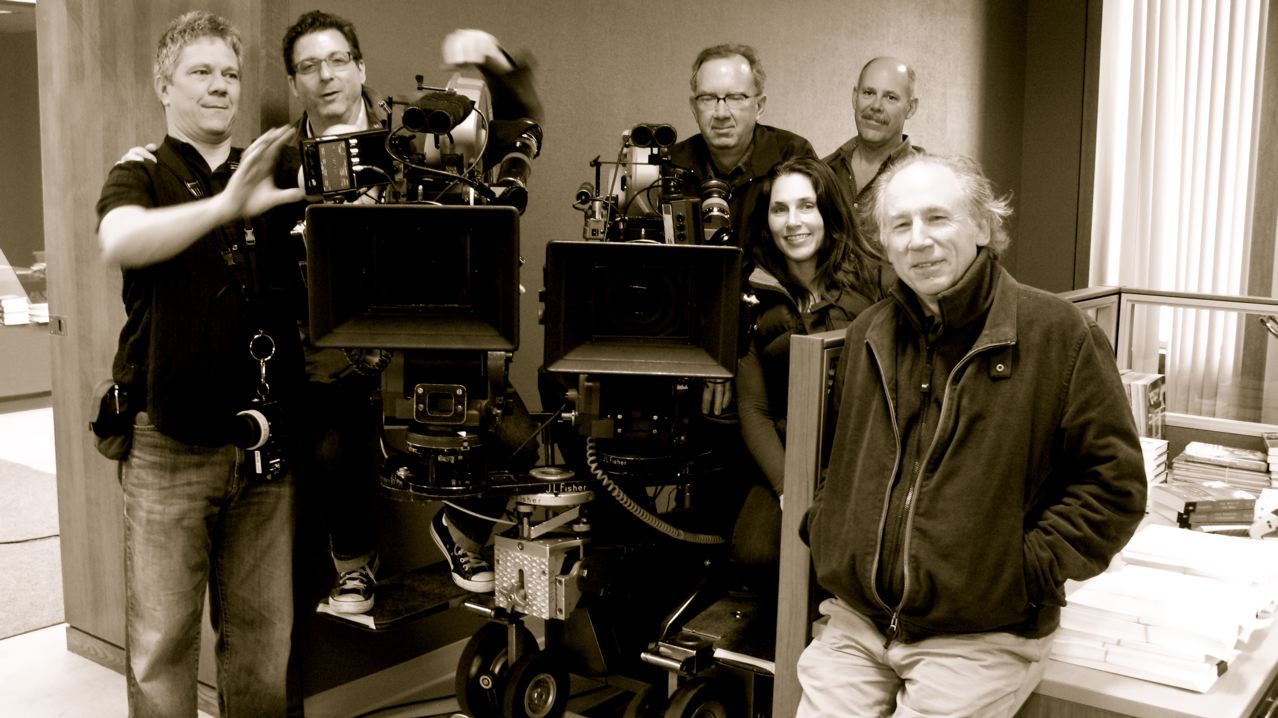 Another Place, Another Crew.